Made a lot of progress on little parts of the tank this weekend.

I started off the weekend by adding a closed loop to the communications on the electronics. The Arduino can now send the current state of any output as requested by the Pi. I added a new text label on the display that gives a color based representation of the current outputs. This display gets updated once a minute. The end goal is to have all this data pushed up to my website once every 5 minutes to be permanently stored in a database.

I also finally got around to color coding the ‘other’ outputs on the Pi. Lastly I added names to the outputs. All of the names are stored in the aquarium.ini file with the default states. I have one weird bug in the code where just 1 of the outputs is not turning on at startup even though the Pi shows it as being turned on. This may be something in the Arduino code, but if I manually turn the output on, it turns on.

After working on the code for a few hours, it was time to go work on the stand some more. We were able to get all except for the 6″ corner braces cut up. It should only be another hour or so of cutting and then we’ll be ready to weld.

I spent most of Sunday cleaning up the sump and reactors. Then I got to work on building the canopy. By the end of the day, I had the light finally working. I still need to build the rest of the canopy and wire in the relay, but at least I know the ballasts work. 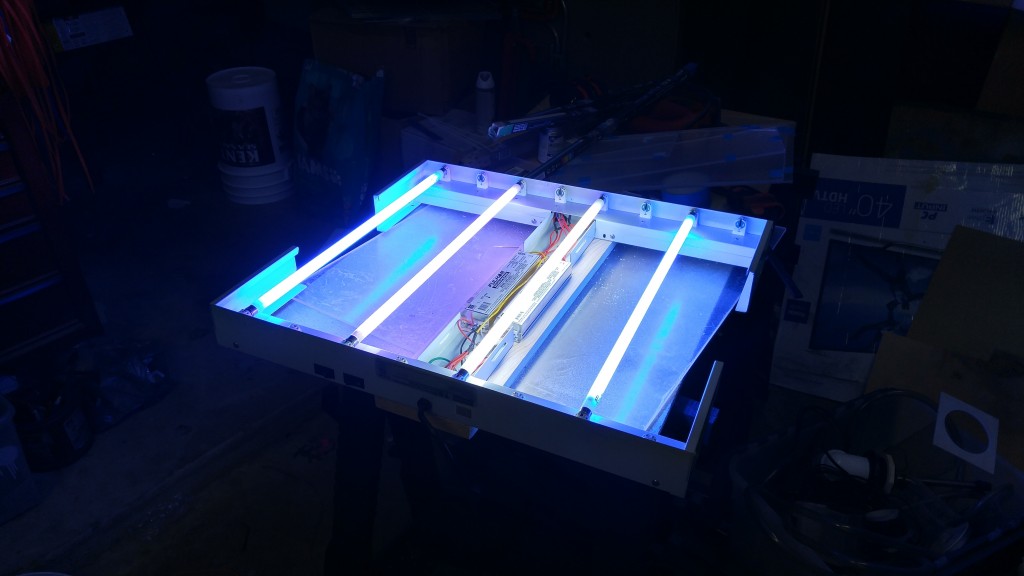 We hope to get the rest of the pieces cut out one evening this week and then maybe get it welded up on Saturday. Were crossing our fingers things go as planned.

I did get a response from glass-holes.com about the overflow design I want built. he sent me a picture showing me that it looks like my design will work. Now its just a matter of paying him and getting them built and delivered. 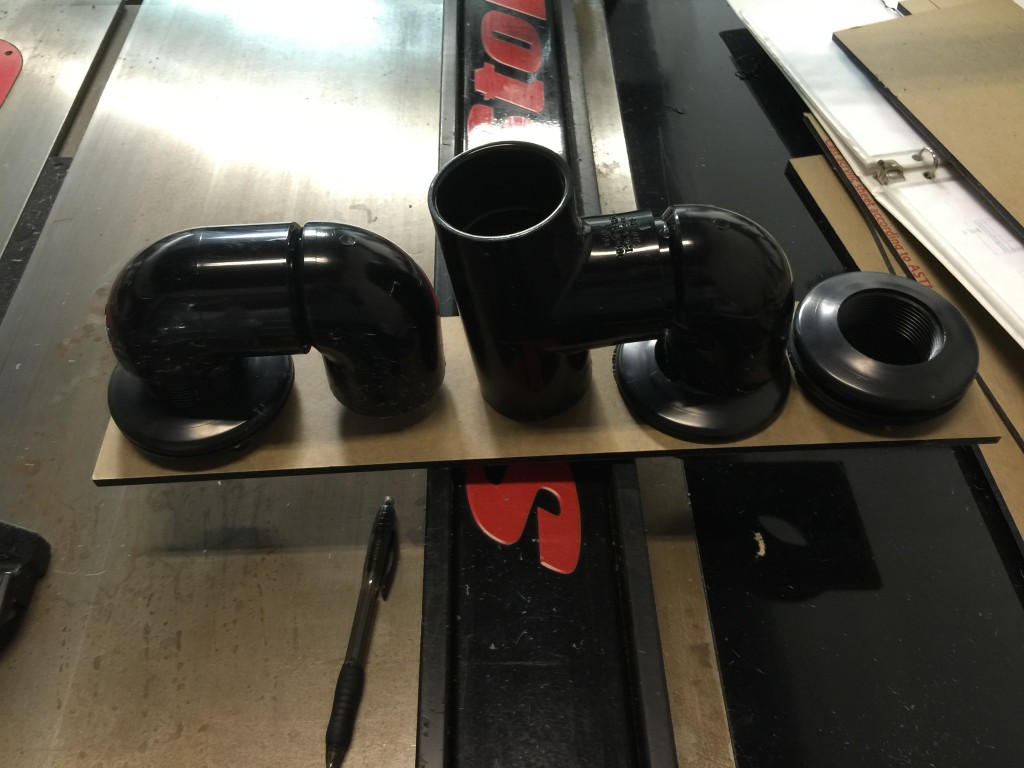 I did ask him to make one final change… I saw on reefcentral that someone had built this with all three overflow holes in the middle of the box. After seeing that and thinking about it, I decided it would work better that way. Looking at the picture it looks like he already cut the holes, so I don’t think he’d be willing to re-cut the bottom plate for me. I can still use it this way, and it is the way I originally designed it anyways. I can’t wait to see the final product.