I brought over most of the Live rock that I purchased in the beginning of this whole ordeal. We left one big rock at my friend’s house so that we didn’t completely deplete all of his bacteria load. Within a few hours, you could already see that the silt in the water was starting to settle and by this morning you could almost see all the way through the tank. I can already see that there is some aptasia on the rock, so I’ll be spending some time in the coming weeks trying to get rid of it.

I also spent some time yesterday working on the website for the data logging. I added a manually tested section and created a form. This will let me track the following chemicals over time as I test for them:

I ordered a set of Salifert test kits to measure all of these. They’ll be in next Tuesday. I’ll miss out on testing during the first week of tank cycle, but with the live rock being fully cured, I wouldn’t expect much of a cycle.

Before adding the rock: 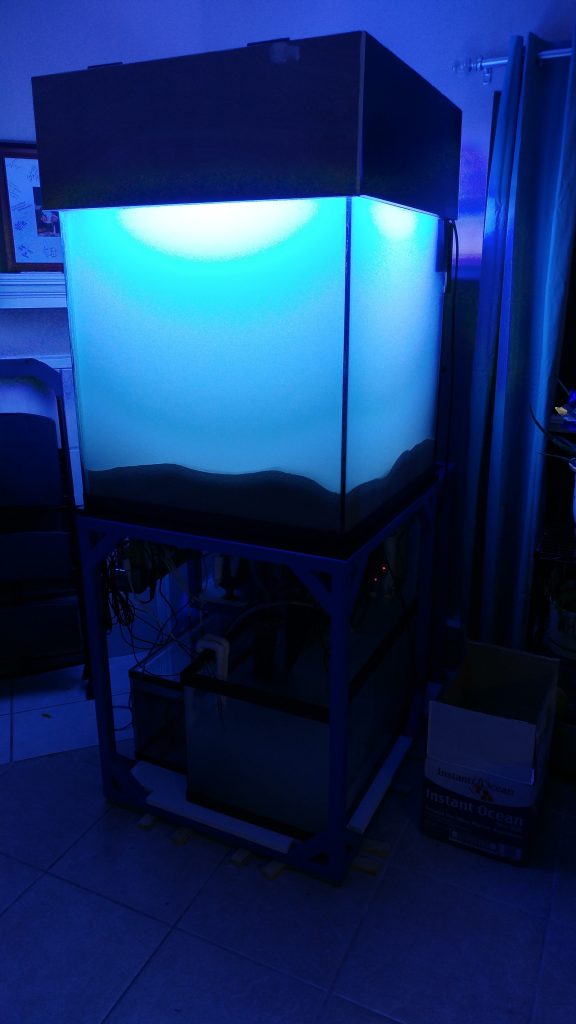 After adding the rock and sitting over night: