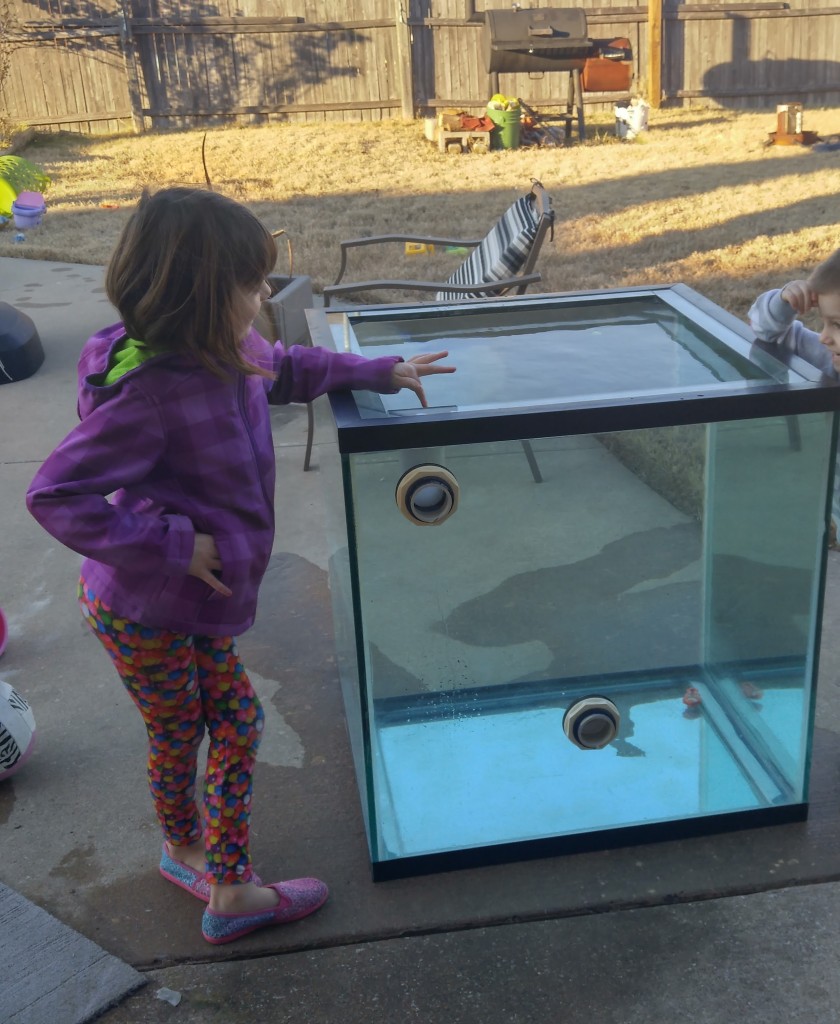 One of the things I didn’t like about the tank is that there was only the single drain. This can lead to both a loud drain as well as no redundancy. The redundancy is less of an issued due to it being a 2″ drain. There’s very few things that should clog a 2″ drain in a reef tank.

After a lot of reading and deliberation, I decided to add a modified BeanAnimal drain to the tank. The primary design (and name) for this type of drain can be found here: http://www.beananimal.com/projects/silent-and-fail-safe-aquarium-overflow-system.aspx

This required building both an internal overflow and an external box. I picked up a piece of .22″ thick Acrylic from Lowe’s and got to work. First step… design and build the outer box. Here’s a picture of it taped up. 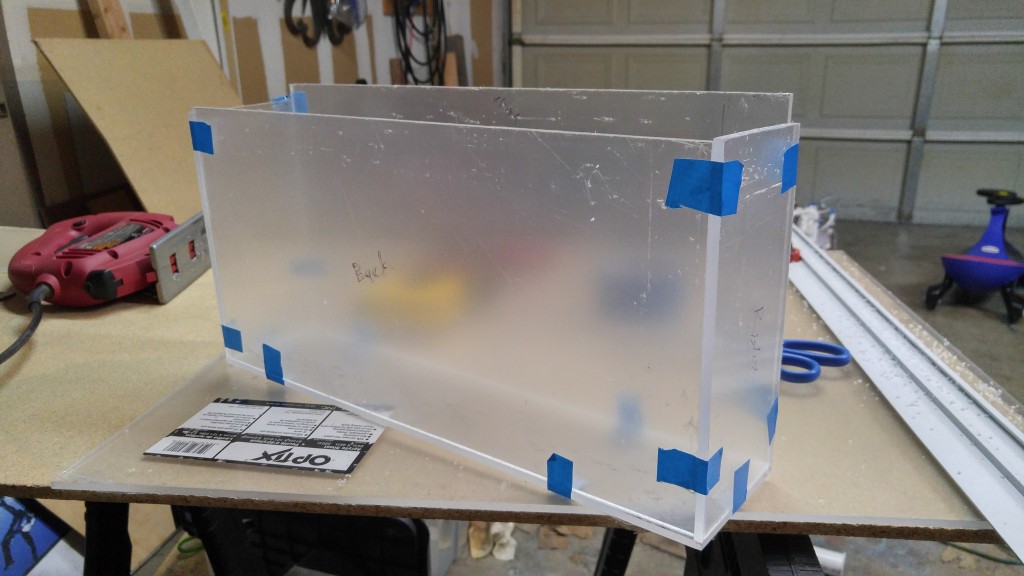 At this point, I decided that no matter how hard I try, this overflow box is not going to come out as good as I need it to. I made the decision to purchase the box from glass-holes.com . I emailed the company multiple times and in the end, they were able to provide me the boxes at a very reasonable price.

The way the drain works is that you have 1 drain that works as a full siphon. The second drain is only partially used unless the first drain clogs, then it fills up enough to allow water to flow through the hole in the top of the elbow. That then turns the second drain into a full siphon. In the event both of the first to drains get clogged, then the third drain is an open drain. The water will raise up until the third drain starts to overflow. The third drain also does not go into the water in the bottom, so it makes a lot of noise if it gets to this point… enough so that it should wake me up in the middle of the night to come see what’s going on. 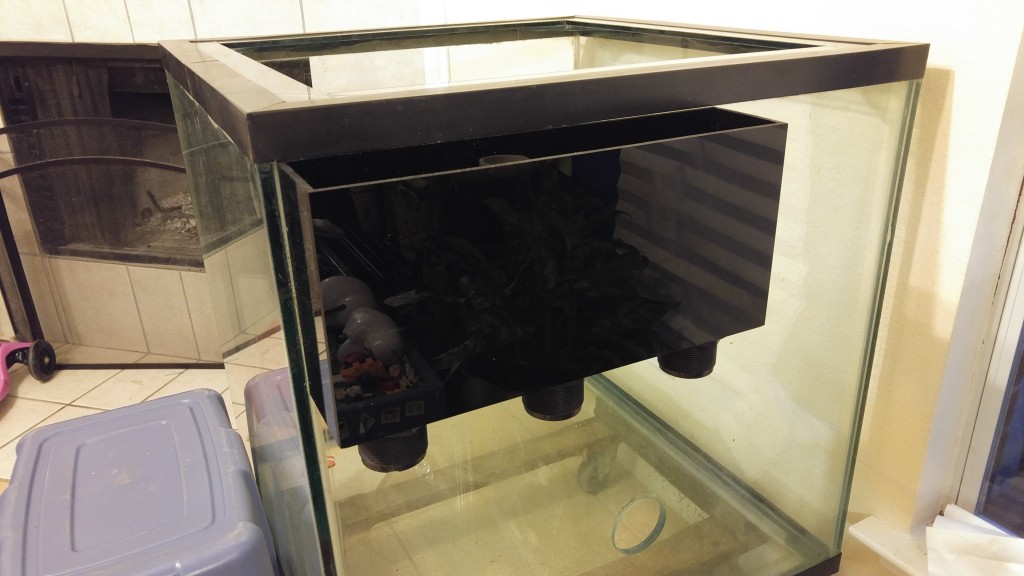 I also built a lid for the outer box. I installed a float switch in it that is normally off. In the event that ALL 3 drains get clogged, then the water will raise up enough in the box to trigger the float switch. This will cause the aquarium controller to kill power to the main pump. Killing power to the pump will turn the return pipe into a drain and allow the main tank to drain back down to the sump to keep it from overflowing. The power will not be restored to the main pump until I manually go to the controller to restart it. At this point, I’ll have to figure out how the hell 3 1.5″ PVC pipes got clogged.

The only negative to this setup is that the float switch is in the outer box. In the event something manages to clog the 2″ through-hole going from the inner box to the outer box, then the tank can still overflow.

After adding the first fish, I quickly discovered that the more adventurous ones could go for pipe rides down to the sump (I’m looking at you Citrinis Goby). It took a try or two, but I finally fixed it by using some light diffuser and filter floss. 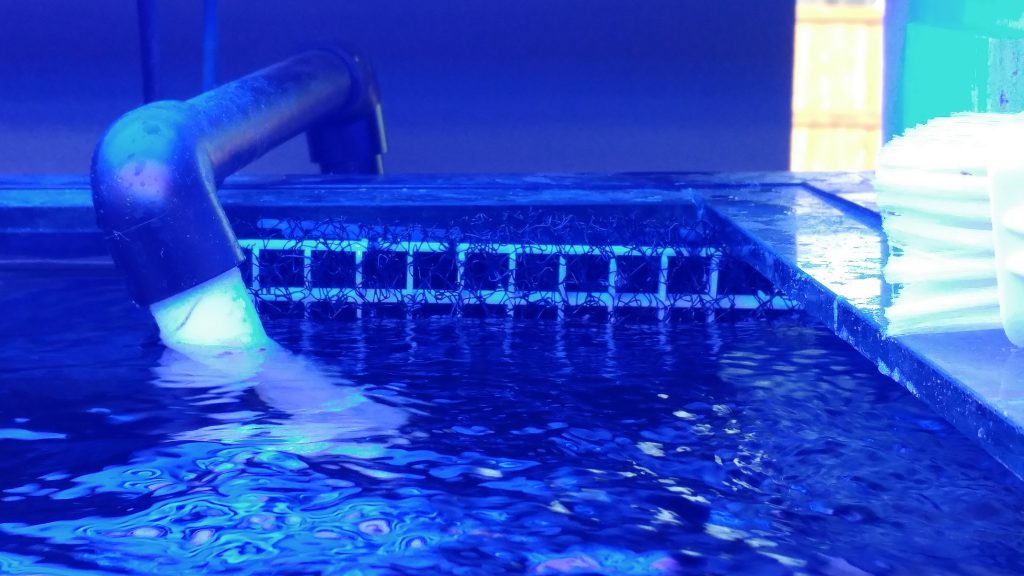